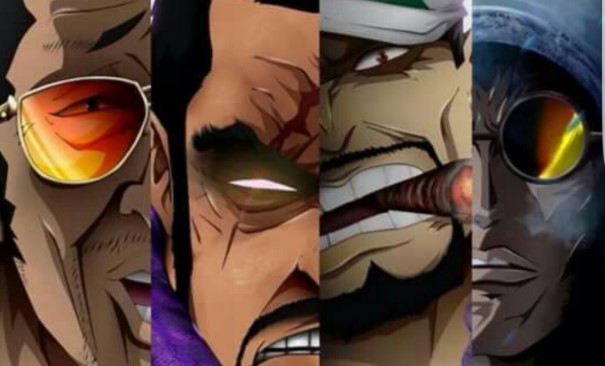 Hello everyone, today we will be talking about why do devil fruit users sink in water, what are the effects of sea prism stones and how do they neutralise devil fruit powers.

Let’s start with what are Sea Prism Stones. Dr. Vegapunk has invented ways to use this natural substance found naturally in the world, although it is a rare substance we see it used in many ways like bullets, handcuffs, jewellery, cages, under marine vessels and weapons. 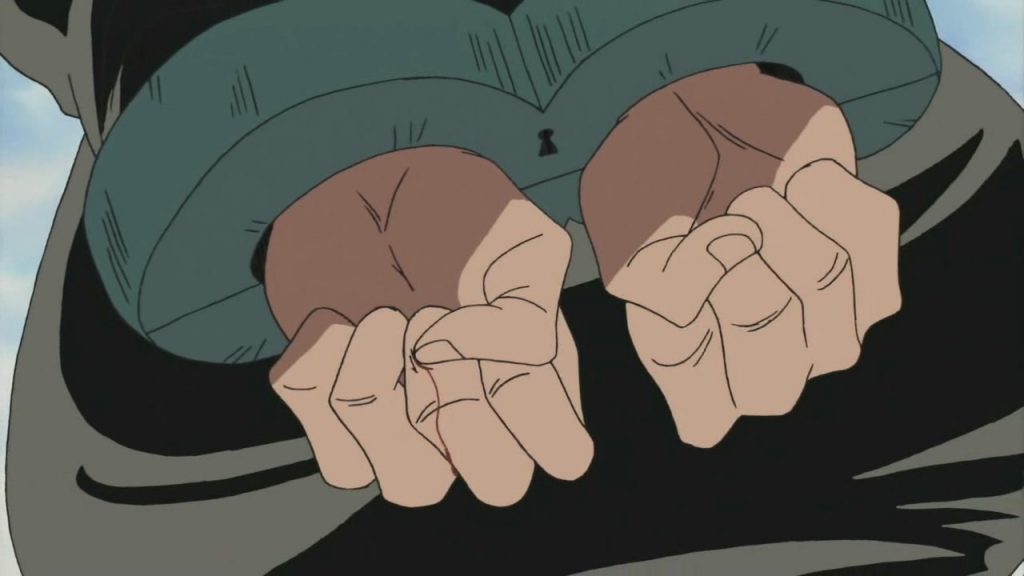 They also have a substance inside them called Pyrobloin which when extracted from Seastones, they can help to create Island Clouds and Sea Clouds which was stated back on Sky Island by Pagaya, Conis’ father. 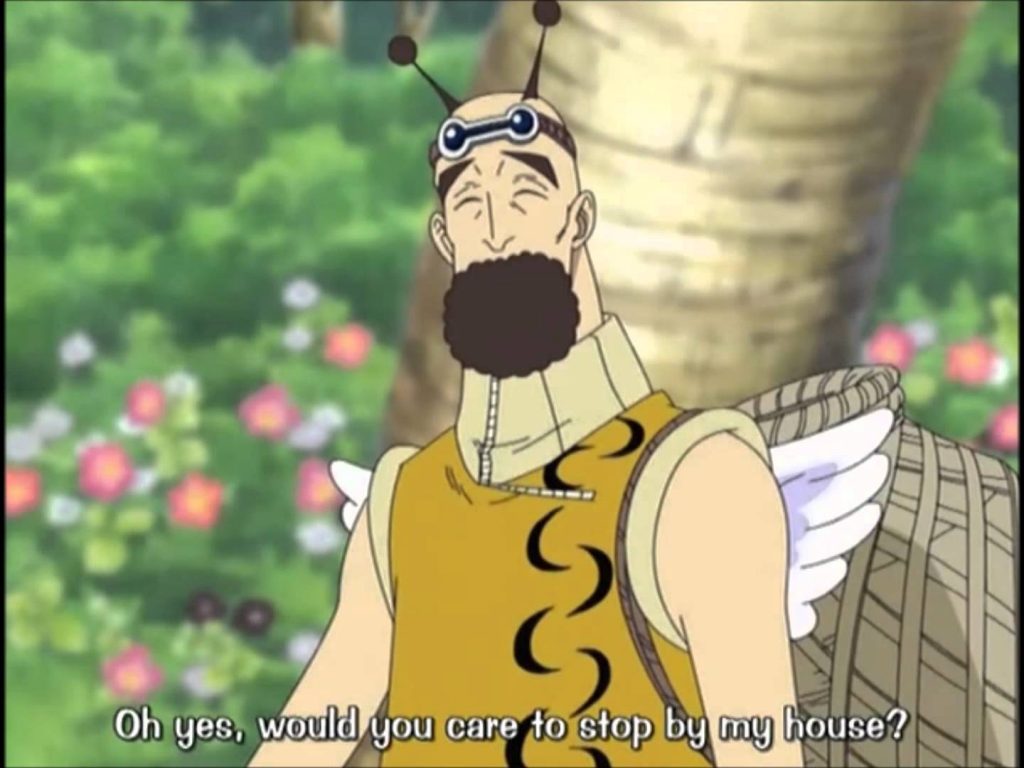 To have any effect on a devil fruit user, the seastones must have a direct contact with that user, once there isn’t direct contact the effect wares off. That is the reason why Vice Admiral Smoker can use the seastone in the tip of his jutte. Wearing thick clothing might reduce its effect too. 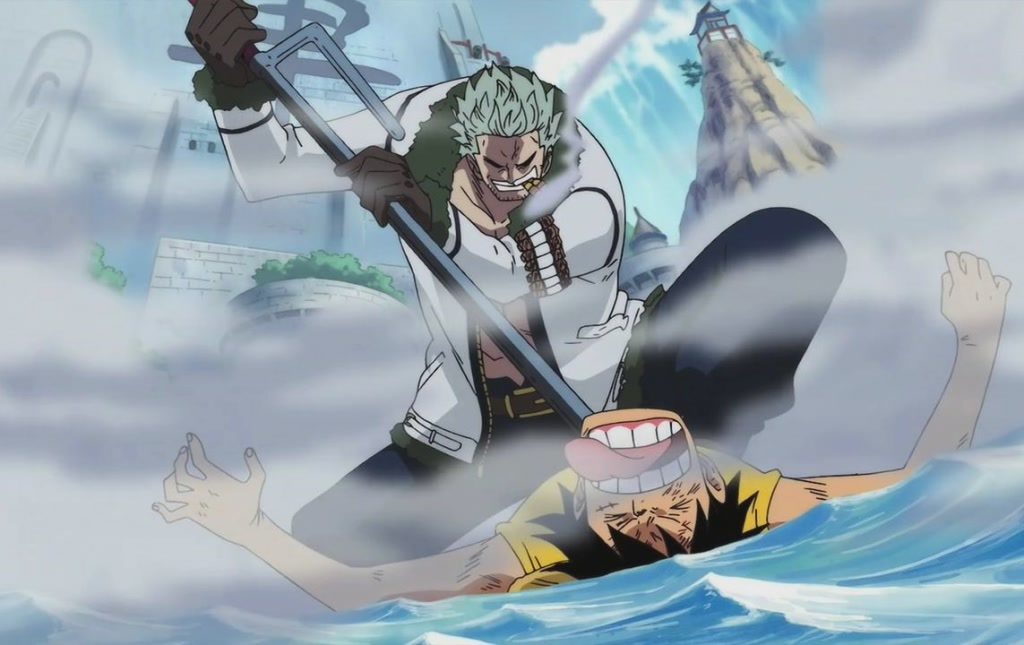 Think of it this way, all things that we eat is just energy so are devil fruits. The difference is that ordinary food temporarily gives energy whilst devil fruit is for a lifetime and the more it is used the more powerful it gets. 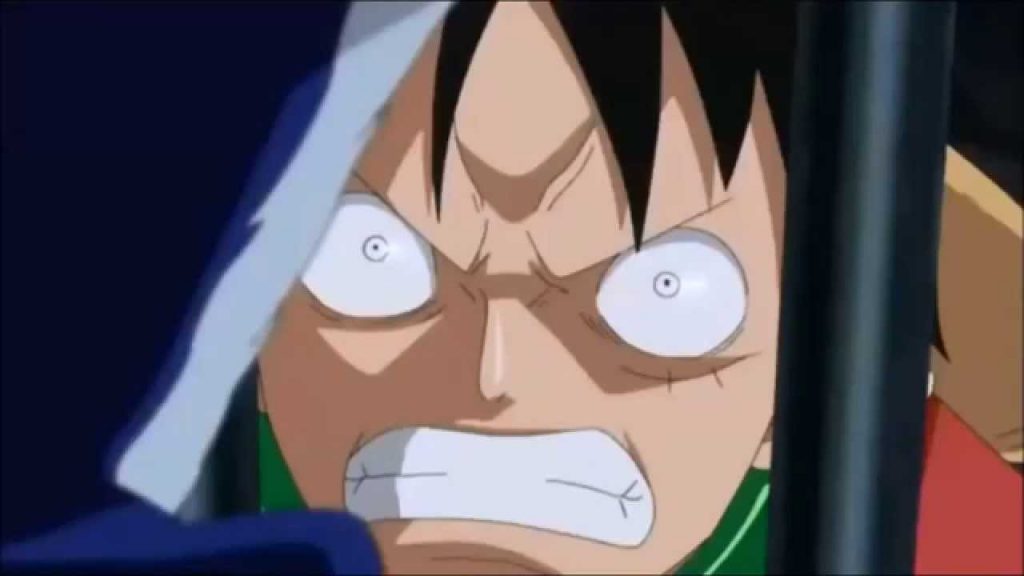 The energy contained within the devil fruit is what gets attracted to seastones just like when 2 opposing magnets collide. When separate they have their own magnetic field but when 2 get together they have just one magnetic field and not two. The only difference is they are monopole meaning they do not have a north and south pole but just one wavelength just Vice Admiral Smoker said about them “gives off a wavelength that is the same as the sea itself.” It’s like the seastones and the sea have the north pole and the devil fruit is the south pole of this said “magnet”. That is why df users get their energy drained as it is attracted to the seastones. 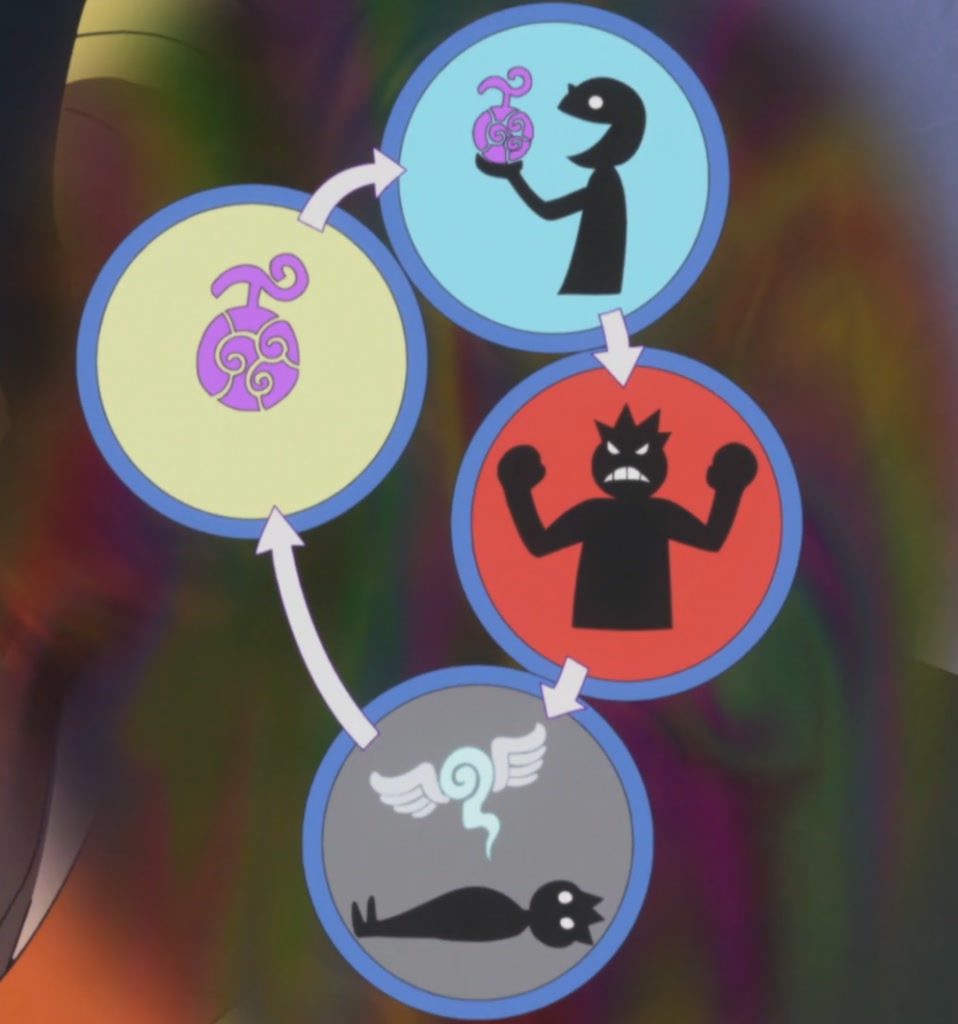 Oda said in an interview on SBS all this will be explained further by a scientist in the future and I guess we all know who that scientist might be, Dr. Vegapunk himself.

Seastones aren’t the only downfall for df but water is too. Not only seawater but also fresh water even mineral or tap water can affect df users. Imagine having 2 magnets, one the size of a penny and another the size of a table both being fixed to the floor. If you place an iron in the middle, to which one will it be attracted the most? Obviously the big one. 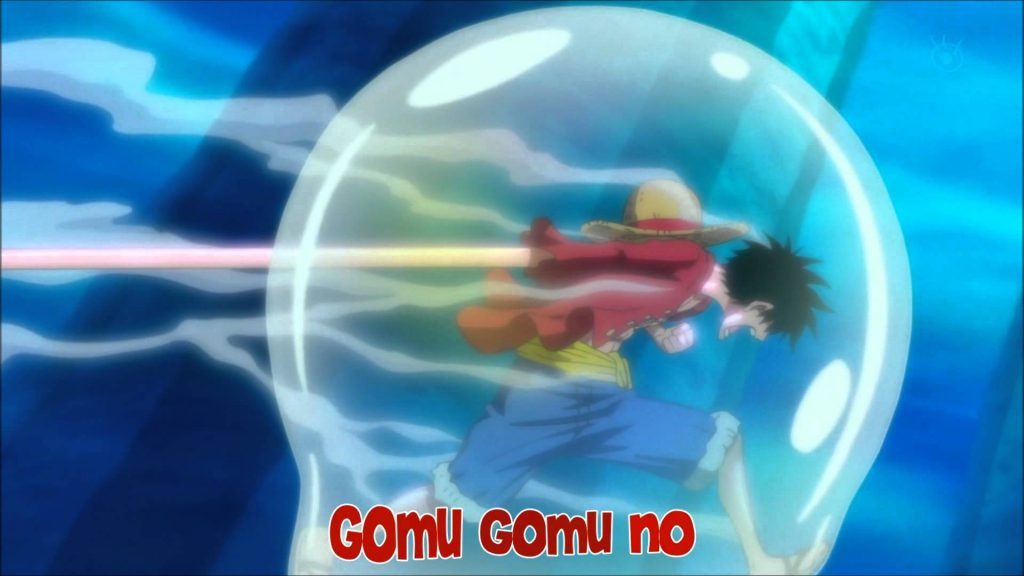 Which is why luffy was able to fight against Hody Jones underwater and not be effected by the sea and drain away all his energy.

This is my theory on what seastones are and the effect of water to a devil fruit user is. Hope you enjoyed it and share your thoughts in the comments section. Hope to see you on the next one.

——
One Of The Biggest One Piece Mystery Solved?

Hi everyone, today I would like to address the hardcore fans who want to know everything about One Piece by shining some light on that foggy place called the Florian Triangle Mystery.

To all hardcore anime fans that watched couple of anime throughout the years, by now you should have seen a pattern in the biggest anime ever. It shouldn’t surprise you that many great writers include folkore, tales, legends and myths into their work. 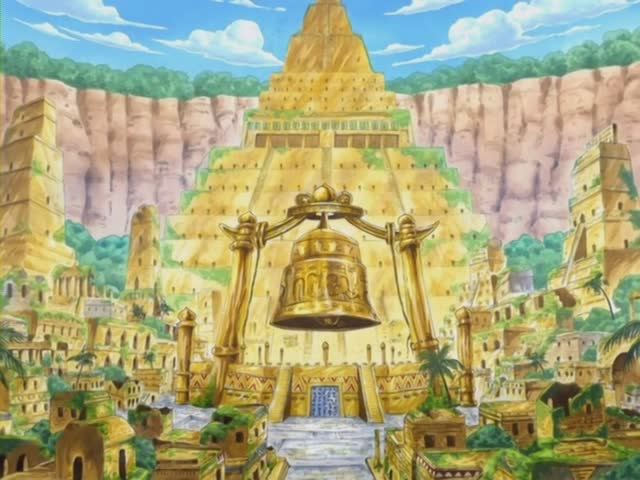 Oda used many legends, myths, gods, deities from around the world like Pluton, Poseidon, Hydra, Shandora based on El Dorado the City of Gold, Cerberus the 3-headed hound of Hades that guards the gates of the underworld and much more. 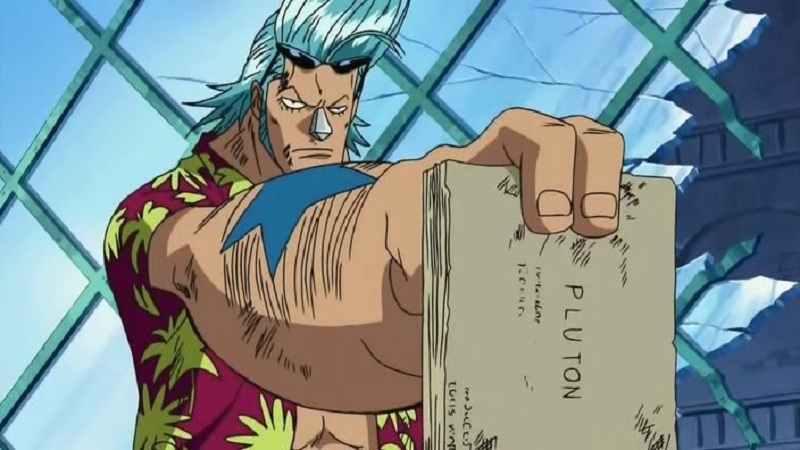 Kokoro said that many pirates and other ships go missing every year but sometimes ships will be found man less wondering in the sea. It is fairly known that haunted ships have been found sailing the seas but that was revealed that it was Brook’s fault. 10 years before the series Gekko Moriah must have heard about all these stories before, so he went on his ship Thriller Bark to the Florian Triangle and use the thick fog into trapping victims by stealing their soul and keeping them in the dark fog. The mystery of the Florian Triangle came before him so the disappearance of ships wasn’t all his doing but something prior and more sinister. 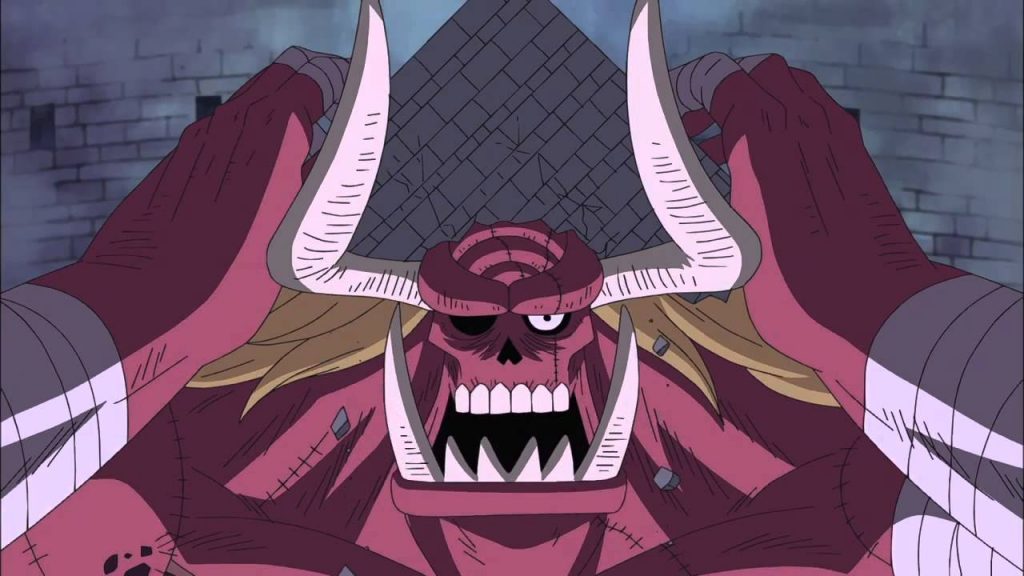 Before Luffy and his crew headed to the Sky Island, they saw 3 shadows of giants with wings which after they learned that they were Shandorians and I quote from the manga series “when the sunlight is blocked by people standing high in the sky… the shadows cast on the fog below will be very big… Big enough for people to mistaken them as giants in the fog.” The biggest animal in the series that we had the pleasure to see Zunisha the millennium old elephant having the Mink Tribe living on the island Zou on its back. The creatures of the Florian Triangle cannot be part of Zunisha’s relatives or pack, so what can it be?

The answer lies in an old, widely popular Japanese legend of a creature living in the ocean. This creature was covered by many popular anime series like Mononoke, City Hunter, Ghost in a Shell, Gintama and more. 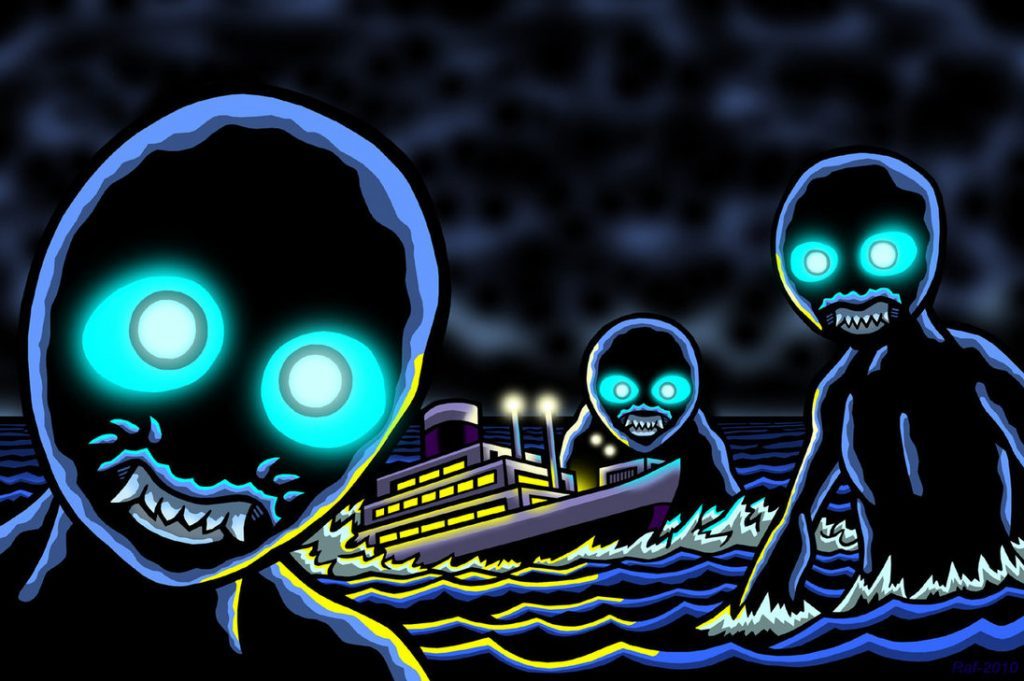 The creature is called Umibōzu, in the other anime Umibōzu takes different forms and in One Piece, Usopp believed that Wadatsumi is the Umibōzu. I believe this is a miss conception played perfectly by Oda into misleading us on purpose and here is some proof on why I believe that. Umibōzu is believed to be a creature living in the ocean, anyone who dares to talk to it, it will capsize the ship of the victims. It is also believed by others that the Umibōzu is a demonic yōkai or specter, the characters of Umibōzu is represented by the character of the sea and of buddhist monks.