Yoru Sumino’s ‘Kimi no Suizō o Tabetai’ (I Want To Eat Your Pancreas) is getting an anime film adaption, set to premiere in 2018 in Japanese theatres. The staff for the film has opened a new website for the film and a teaser trailer as well as visual for this film.

The novel tells the story from the point of view of an unknown high schooler. He finds himself in hospital one day and finds the diary of his classmate, Sakura Yamauchi. He reads the diary and finds out that Sakura has pancreatic disease. Sakura explains that no one knows about her condition other than the protagonist and her family. He promises to keep Sakura’s condition a secret. Despite them having completely different personalities, he stays with Sakura in the last few months of her life.

12 years after Sakura passes away, the protagonist becomes a high school teacher. When he talks with his students, he suddenly remembers Sakura. Meanwhile, Kyoko, Sakura’s friend is about to marry. Together, they recall the days they spent with Sakura.

The cast members include:

The novel inspired a live-action film adaption that premiered on July 28 in Japan. It also inspired a manga adaption by Idumi Kirihara. 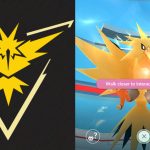 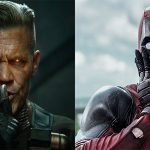