Julian McMahon is famous for his roles in Charmed and especially with the previous Fantastic Four film series. McMahon played a leading role in the 2005 Fantastic Four film, as well as its sequel, Rise of the Silver Surfer, as the main villain in Doctor Doom.

Now it has been confirmed that McMahon has been cast as a mysterious character for Marvel and Hulu’s Runaway TV series. Despite there being minimal information about the character McMahon’s playing, fans have been told a few things.

Executive producers Josh Schwartz and Stephanie Savage said, “We’re incredibly excited to add Julian to our exceptional cast and we can’t wait to see what he brings to the world of Marvel’s Runaways,” when asked about McMahon’s inclusion.

For more information about Marvel and Hulu’s Runaways, here is the official synopsis for the show.
Every teenager thinks their parents are evil. What if you found out they actually were? Marvel’s Runaways is the story of six diverse teenagers who can barely stand each other but who must unite against a common foe – their parents.

Marvel expects the show to be one of its best TV productions to date, with fans now even more excited with the addition of Julian McMahon to the casting line up. The program is also not too far away, with eager fans able to watch and stream the show this year.

Are you excited to see Mulian McMahon appear in Marvel Runaways? Let us know your thoughts in the comments below. 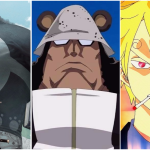