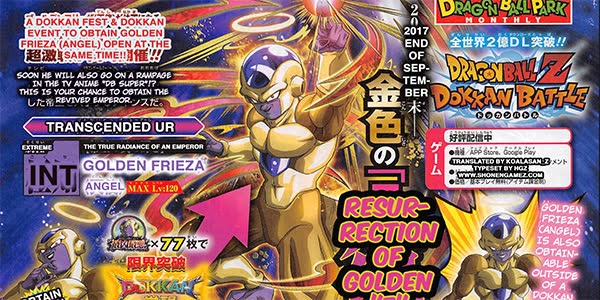 V – Jump magazine keeps delivering content and we are here to present it to you! Today we have content news for Dragon Ball Dokkan Battle! Just like from the Dragon Ball Super anime as well as the Resurrection F movie, Golden Frieza makes his grand debut in Dokkan Battle! As described on the scan below, “Golden Frieza’s Universal Survival Arc” is going to be accessible as apart of the next Dokkan Fest. Golden (Angel) Frieza will be an UR Unit. As the emperor for Universe 7, Golden Frieza will also have SSR forms available, so make sure to grab ahold of his character as quickly as possible when he comes to Dokkan Battle. 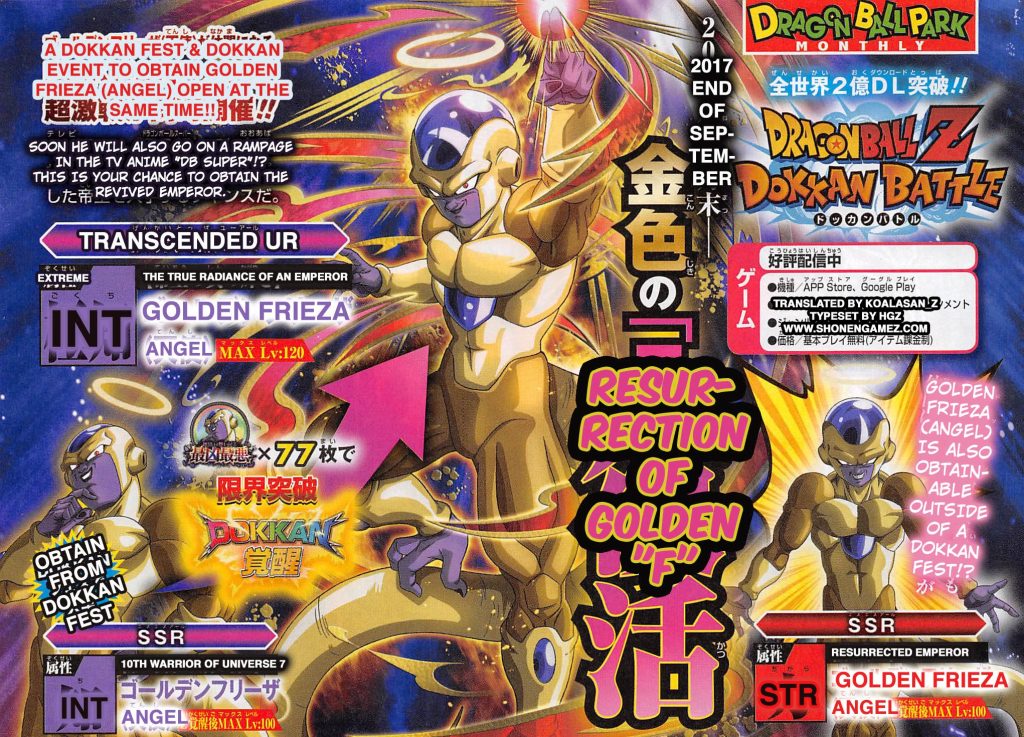 For those that don’t know, Dokkan Battle is a mobile game available for smartphones (IOS or Android) and features characters from Dragon Ball Z to Dragon Ball Super. Golden Frieza will exclusively be available to get from the next Dokkan Fest and players should mark their calendars and keep track in order for you to get ahold of this rare and powerful character. Thanks for reading and we will update you with more information when possible. 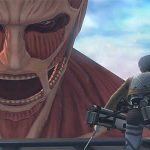 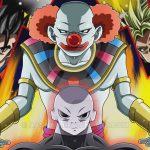