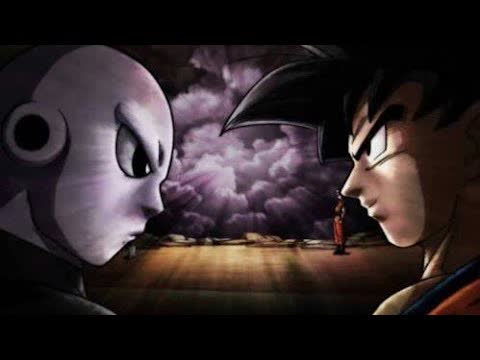 Hey there Dragon Ball fans, we have a brand new inside look of the upcoming battle between Goku and Jiren for Dragon Ball Super special for the upcoming weekend, Dragon Ball Super episodes 109 and 110. As we do have an inside look alongside something that may potentially shock you guys involving Goku and the Spirit Bomb. As we have brand new images from Goku vs Jiren coming up this weekend a beginning of course with the following, so we see Goku and Jiren in somehwhat of a back and forth kind of struggle. Base form Goku is combating Jiren, so it doesn’t look like base form Goku does anything to affect Jiren, actually based on the overall preview it looks like if anything Goku is trying to attack Jiren but it looks like to no avail. 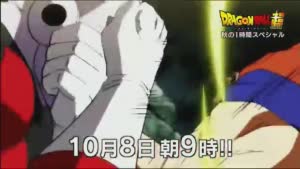 As Jiren isn’t only ducking and dodging Goku’s attacks, but he’s also being able to grab him by the leg and throwing him all throughout the arena alongside pretty much kicking him up in the air and giving him a brutal hammer strike to his abdominals, which sends Goku crashing on down. After which this forces Goku to transform using his Kaio-Ken and it looks like Base for Goku doesn’t land or hurt Jiren, however Kaio-Ken may in fact stand a chance as we get to see Kaio-Ken Goku unleashed during the special. We also get to see Goku use Kaio-Ken and kicking Jiren directly into the face as shown in the previous preview which doesn’t even do anything to faze Jiren, its even the same kick Goku uses against Merged Zamasu which was able to break the ring of light around Zamasu, but here we see a very similar thing happen, only this time Jiren is unaffected by the kick. 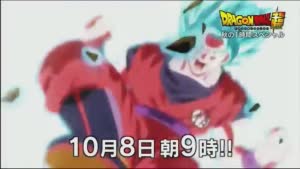 Right after Goku kicks him in the face we see how Jiren grabs Goku by the leg as Goku is struggling in his Kaio-Ken form. Now there is no confirmation yet that he’s going to be using Kaio-Ken x10 or x20, we understand based on spoilers that he will be using Kaio-Ken x20 but it doesn’t look like he’s shown using Kaio-Ken x20 in the preview. But as Jiren begins to throw Goku around we get to see how Jiren is in pursuit of Goku, but Goku even underneath the Kaio-Ken influence it looks like Goku is actually able to pretty much duck, dodge, and avoid Jiren’s attacks which we’ve seen before. 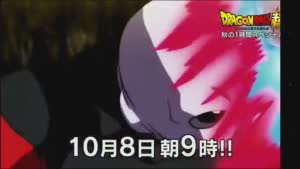 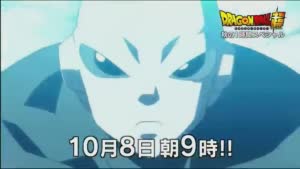 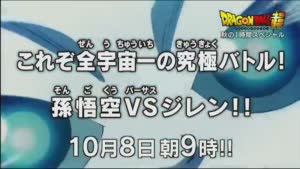 So we understand based on what’s happening here that Goku needs Kaio-Ken to either hold off the bomb or push it back just like he did with Kid Buu. Jiren’s eyes are lighting up with the bomb in which later leads to Goku pretty much missing his pupils, there’s a black lightning like substance all around his body, we don’t know what’s happening. It looks like Goku is struggling significantly in pushing the Spirit Bomb. Now there are two questions as to what’s happening here; number 1: Where are his pupils? and number 2: Is Goku struggling in either pushing the bomb back or is there some sort of an affect where the bomb is about to blow up?

Now the bomb does in fact blow up right in front of Goku’s face, however, even as we exit the preview something happens that we haven’t seen before and that’s Goku emerging from the explosion. The explosion is currently happening all around Goku and we see his shadow, we see his body rise on up through the explosion, he gets up and we see the outline of his body. 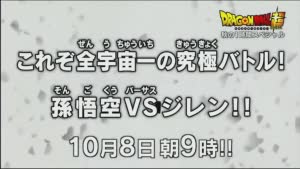 As we transition towards the preview with Limit Breaker Goku having to be shown. Two things come to mind; either A: Goku was transforming or somehow triggered or influenced by the effects of the Spirit Bomb which causes him to do what he does during that moment or B: he does in fact absorb the power from the Spirit Bomb just like in the Android 13 film, in which causes him to transform into his Limit Breaker form. This would be incredible if you ask me, since this is the second time Goku gets pushed back using the Spirit Bomb, the first being against Kid Buu, and remember he needed Super Saiyan in order to push it back, but here he uses Kaio-Ken and Super Saiyan Blue. Well let me know what you guys think, honestly I can’t wait for this episode it’s gonna be an awsome one. 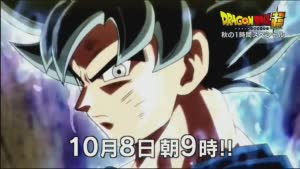 Though I think his Limit Breaker form will be revealed by the end of episode 110 since next weekend we still have Hit vs Jiren.Well anyways again let me know what you think hope you guys are just as excited about this episode as I am, well till the next one see ya! 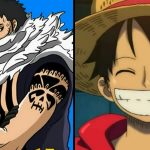 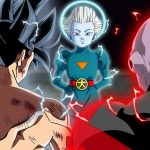