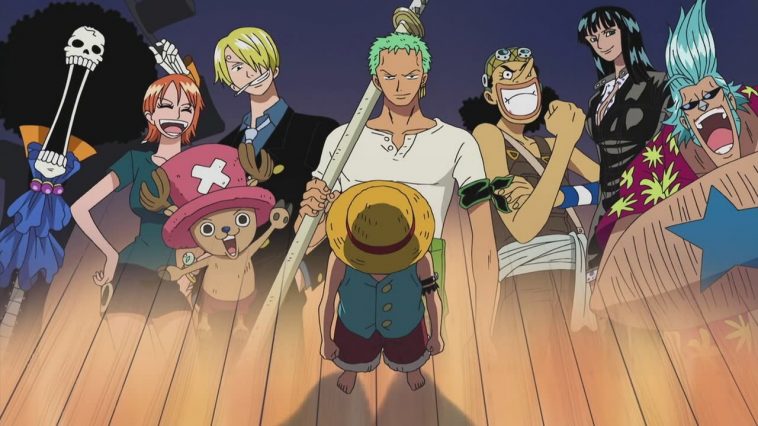 In today’s post, I will try to waken up your imagination and investigating chain of thought. We will be trying to find out hints and Oda’s foreshadowing pieces of the puzzle to try to guess what will happen next.

Well, this is obvious that Jinbei is destined to join the crew. He discussed with King Neptune 2 main topics, number 1 he wants to disassociate himself and the Fishman Island from Big Mom and number 2 after he accomplishes that he will be joining Strawhats crew. If he manages to remain alive that is still a question to be answered but he has got to make it out alive and join Luffy and the others.

There are 3 clues that this picture give us that another pirate will join the Strawhats. The clock is set to 11:05, just underneath it there is 722, if you add 7 + 2 + 2 = 11 and the last clue on top of the cake there are just 2 candles. If Oda wanted candles on the cake to signify 20 years he could make the flames on 2 and 0 but instead he decided to place just 2 candles making another clue of 11. What does this mean? Will there be another member to join? Who will it be?

Now this might seem just another pirate from our real life. I am going to tell you some of what Sir Henry Morgan’s description and you can decide for yourself who it might most resemble from the characters of One Piece. I will tell you my wild goose chase guess in the end.

Sir Henry Morgan was a privateer, landowner and after that he became Lieutenant Governor of Jamaica. He raided settlements and ships becoming wealthy and bought large plantations on the island. 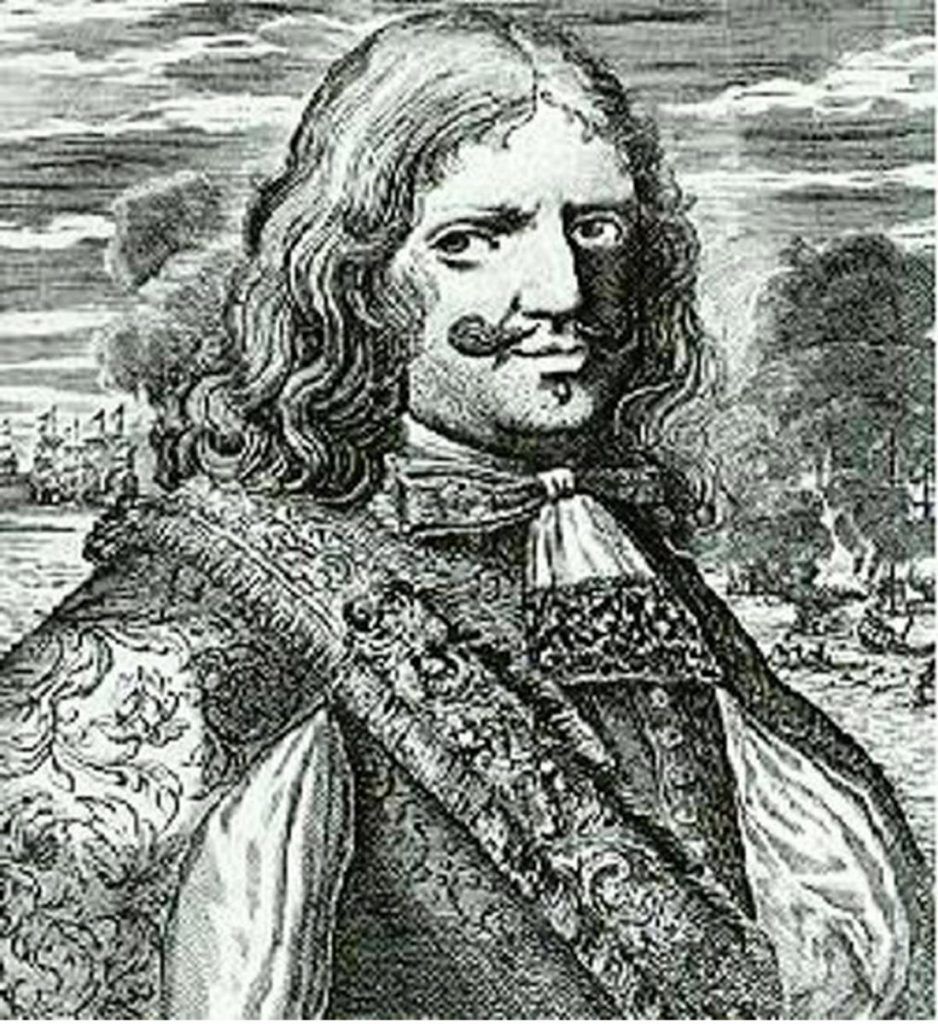 He has an unknown early life, he became friends with the Governor of Jamaica, when relations between England and Spain got worse, the Governor gave a letter of marque which is a license to battle, attack and seize Spain vessels. He destroyed 2 cities and raided them taking all their wealth, destroying large Spanish Squadron and escaped. He was treated as a hero for his deeds and when the Spanish and English made a peace treaty Sir Henry Morgan was arrested and then summoned to England. He was treated as a hero from the public and high officials of the Government.

Alexandre Exquemelin, a former crewmate of Captain Morgan published a memoir detailing the tortures, gruesome acts and other offences, Captain Morgan issued a libel against the book and won but still it tarnished Morgan and affected history’s view of him. After his death, his life was romanticised and gave an inspiration for pirate themed works.

If you didn’t get the clues, I will make it easier 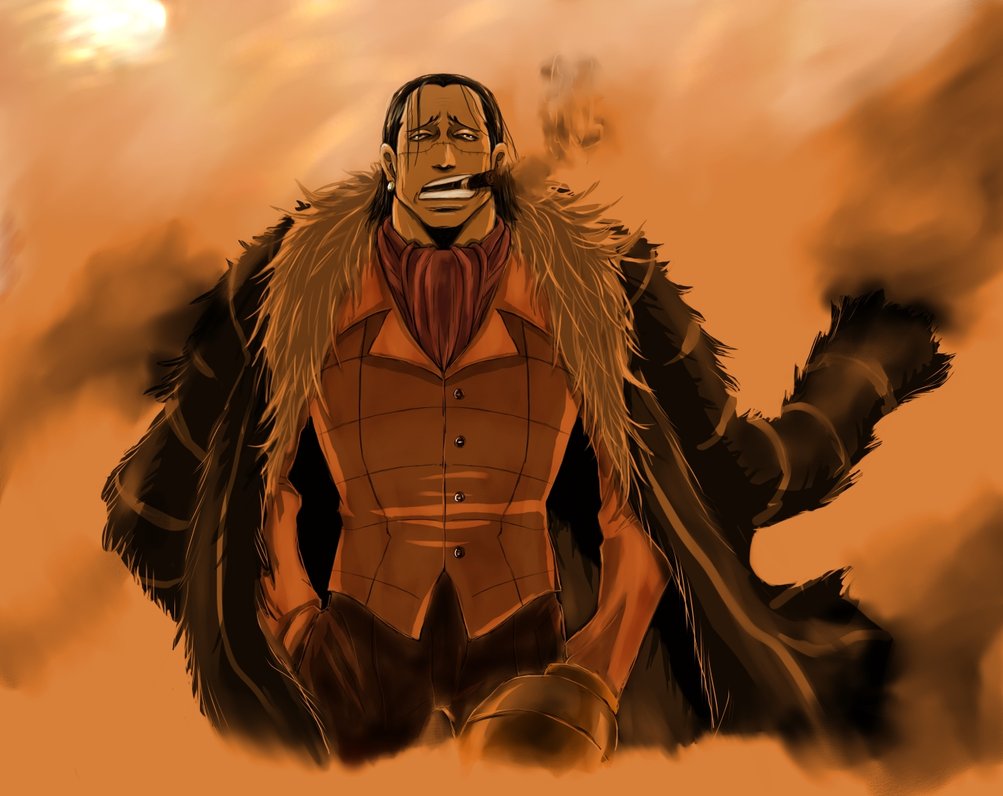 These points seem to lead us to Crocodile, many of you will disagree and I only hold it as a very small possibility to happen but Crocodile has an unknown past, he raided Alabasta and built a casino in Alabasta, he was hailed as a hero of the nation, Nefeltari Cobra, the King of Alabasta pictured him as a hero too, he got arrested in Impel Down and then Luffy let him out and his crewmates exposed Crocodile to the villain that he is.

Will Crocodile be part of the crew? My guess is NO! but it is a fun thought to play around with even though I would like him to be part of the crew and find his place there as what is a pirate crew without a gruesome, hard man with a bloodlust thirst. 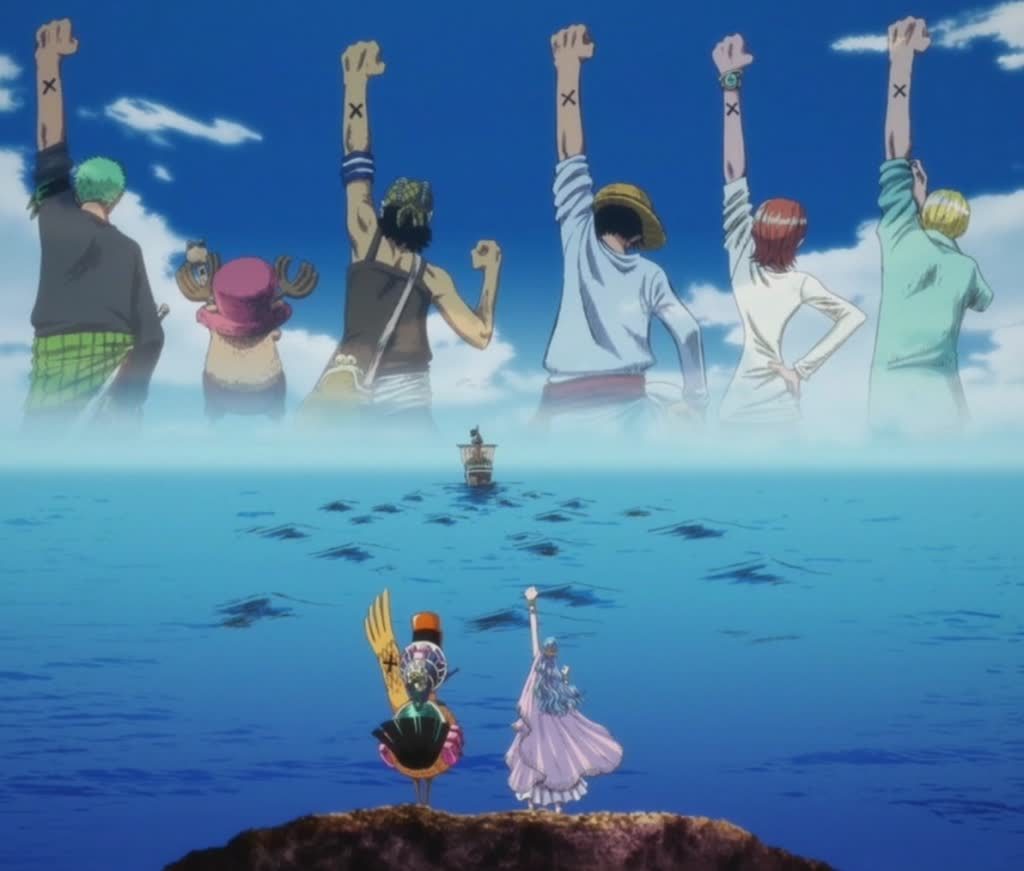 If an eleventh member has to join for a short period of time it would be Princess Nefeltari Vivi, as Luffy promised to take her with him when they get back to Alabasta. Remember the Poneglyph? They have to go back to Alabasta first to see Princess Vivi and to visit the Poneglyph unless Nico Robin has already discovered it and that was the reason for her to join the Straw hats in the beginning. It would mean that Princess Vivi might join for a short period as she has other duties with her Kingdom Hope you enjoyed it and that is it for now ? Please leave your thoughts below and tell us if there would be a number 11 member, who would you like it to be?

Hi and welcome back to another one piece theory, today we will be discussing Who is Kaido and how he is not a human.. 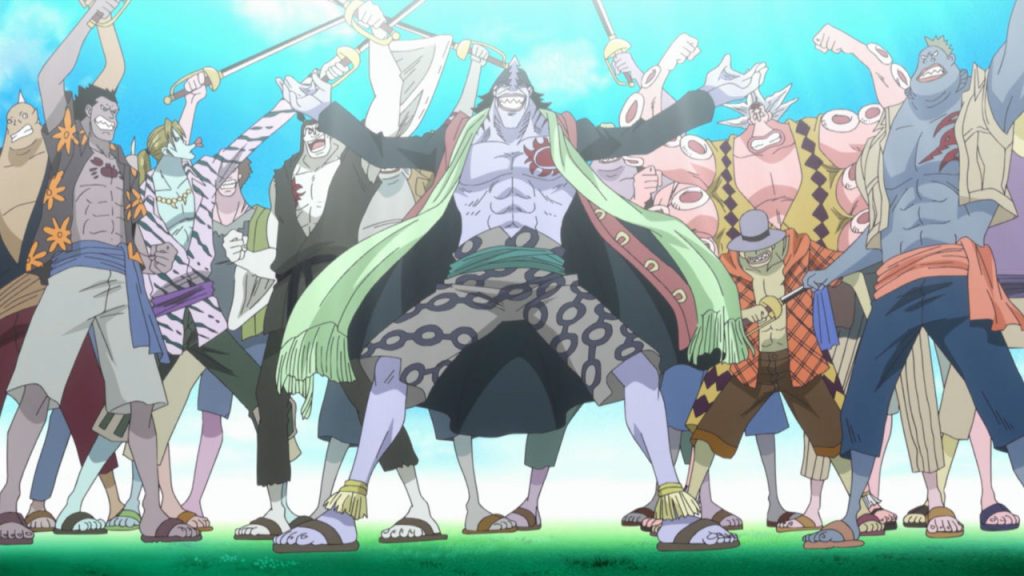 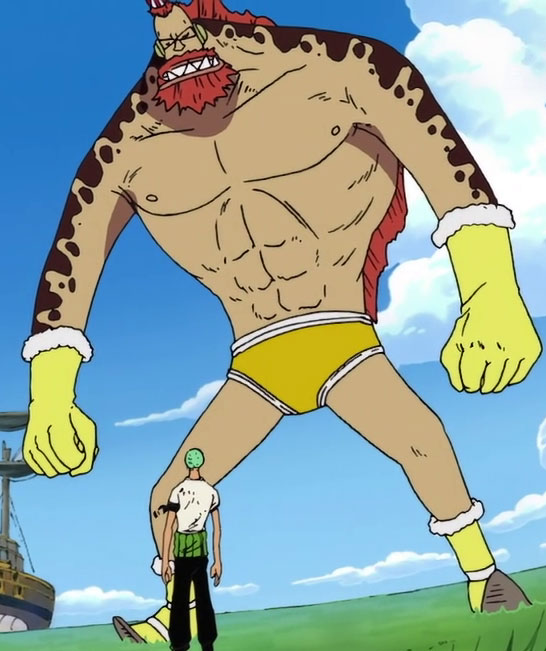 The difference in the species are as follows: when fishmen and merfolk have children, they will either be fishmen or merfolk. Wotans are a hybrid species that have fishmen biological abilities with a huge body buy as noted by Robin they are normally smaller than an actual giant just like Big Pan from the Foxy Pirates and Sebastian the member of the World Pirates. 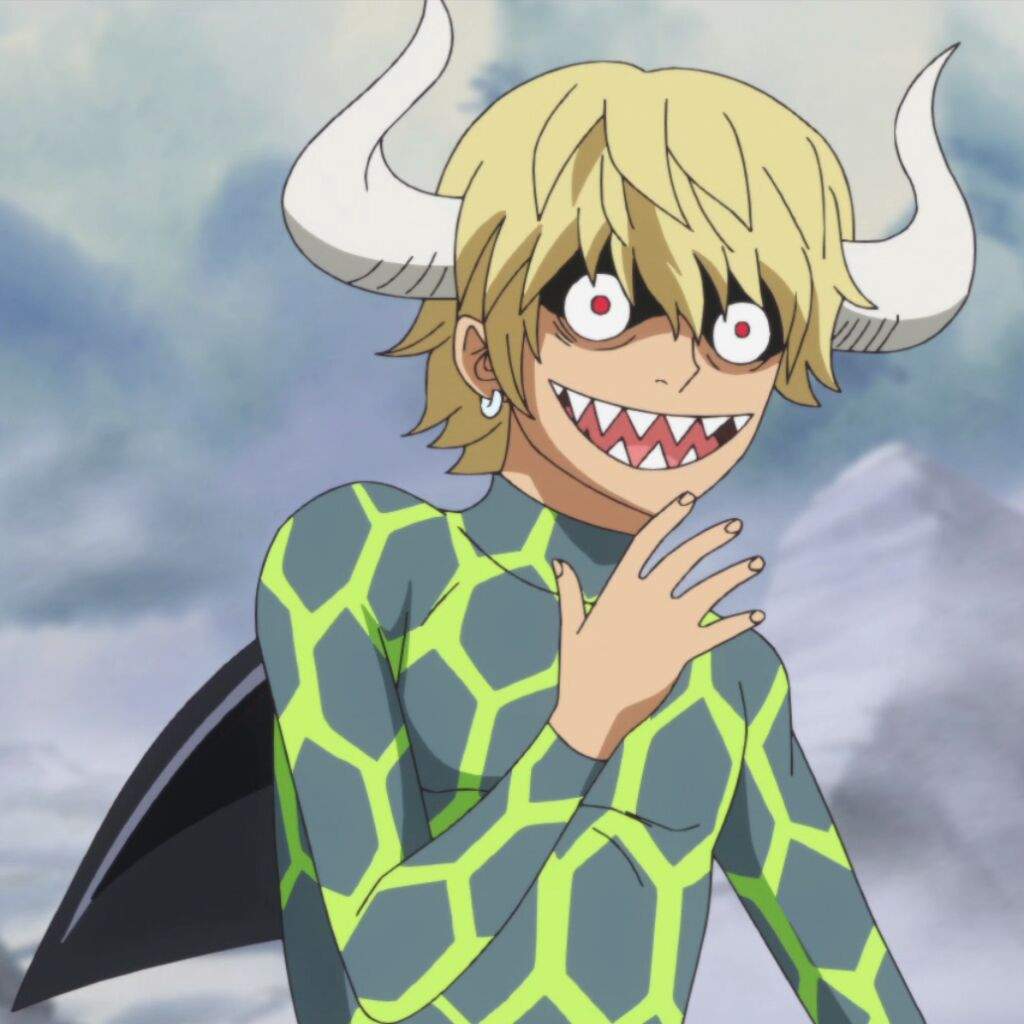 Now comes the interesting part, the half human, half giant hybrids. We already seen two characters in One Piece being of this kind one from the Donquixote Pirates, Dellinger the half human and half fighting fish fishman and the other one from way back to Loguetown when Sanji bought a rare species of Blue Finned Elephant Tuna from Sapi. 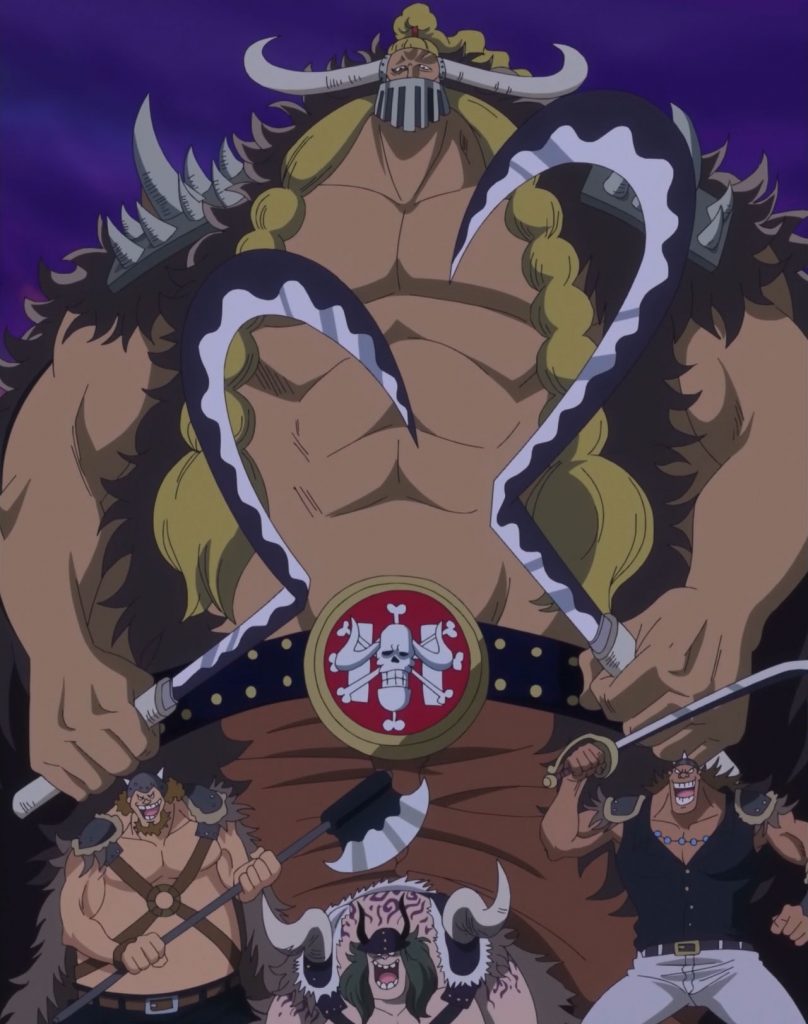 To those people who haven’t noticed yet, Jack the Drought is also a fishman, after he tried to kill Zunisha and bring down the island of Zou, Zunisha asked for permission to act. Zunisha started swinging its trunk and destroyed Jack’s ship and sinking him to the bottom of the sea. 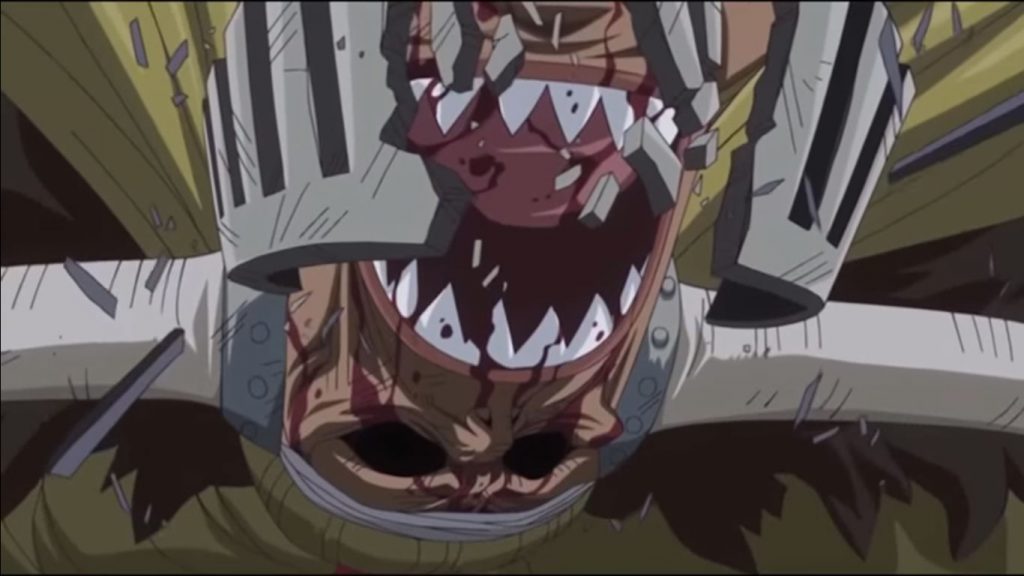 As Zunisha dealt him the final blow his metallic jaw mask broke and you can clearly see his teeth aren’t human like but more like Arlong’s making him a fishman too. To further prove this point, he ended up on the bottom of the sea without being able to swim because of his devil fruit power but as he is a fishman he can at least breath under water and must wait for assistance. 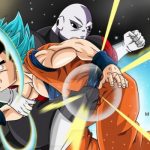