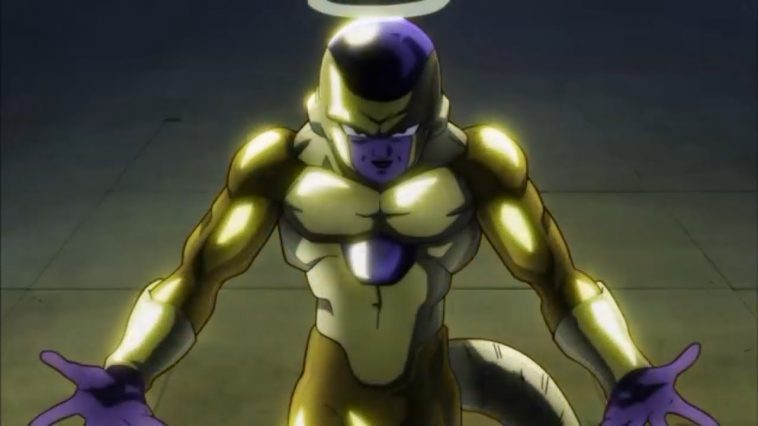 Frieza undoubtly is the wild trumpcard going into the Tournament of Power and is the only resurected fighter competing as a dead warrior for the very universe that he hates. I will give my 5 Predictions for Frieza in the Tournament of Power. Now this is my opinion on this I hope a lot of you after reading this have your prediction about this as well. 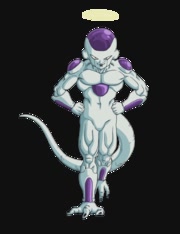 1. Frieza is going to eliminate a Universe 6 Saiyan.

Now as we all know the disgust and hatred Frieza has for the Saiyans in his Universe, it would only make sense if Frieza eliminates a Saiyan due to his history with the Saiyans in Universe 7. Frieza should eliminate one or two of them this being Caulifa Kale or Cabba. Now how satisfiying and incredible would it be having Frieza fight not only another male Saiyan but two female Saiyans as well who ironically bear the same transformation as Goku did when he fought Frieza on Namek and defeating him. 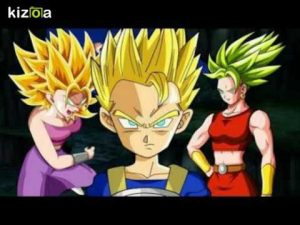 Having them go toe to toe would be amazing and also having Frieza reveal the fate of the Saiyans in Universe 7 and that if he had the chance he would go to their Universe and destroy Planet Sadal as well. Surely this would trigger Cabba thus having an epic and brutal fight with Frieza and lets not forget about “female Broly” the fan service we never got before and seeing someone who looks like Broly combat someone like Frieza. Kale vs Frieza, Cabba vs Frieza, Caulifa vs Frieza, any of these Saiyans will give Frieza a good fight. Ultimately Golden Frieza as a singular fighter would descimate all three with ease. Which is why I find it suitable for Frieza the very same person that killed of the Saiyans in Universe 7 to eliminate 1 or 2 of the remaining Saiyans thus having the last standing Saiyan fight for his/her survival. Which would only make sense for Frieza’s character not only against Cabba a male Saiyan but two female Super Saiyans something Frieza has never seen before. 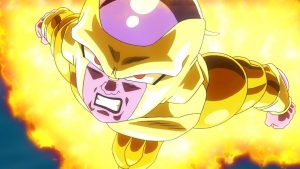 Now given Frieza’s history as a person I don’t think Frieza works very well with other people, sure hes had his squad before where he had several people work for him, but having to see how far Frieza has come now I don’t think it’s in Frieza’s character to work alongside anybody. Which is why I believe Frieza is going to be using Frost as a simple tool to get to where he wants to be. He will probably use Frost as some sort of shield for him to take all the bullets and other damage while Frieza goes behind the scenes in trying to execute his plan further.

Remember of all the characters in the Tournament of Power Frieza is the only one as of right now with an agenda and that’s to rule over Lord Beerus and get revenge on Goku and his friends, so I firmly believe Frieza is going to use Frost as a tool in order for him to get to where he wants to be, to do what he wants to do, and not caring about who gets in his way. I also do believe that Frieza down the line he will reveal to Frost that he never needed anyones help and never needed it to begin with and that he can do what he wants to do and do what he needs to do, simply by doing it alone. So at some point I do believe that both of them will work together but given in both of their natures as being decievers, snakes, liers, and hypocrites, I do think Frieza will do whatever he needs to do to establish himself as the more dominant force in trying to ring out Frost or backstabbing him as the tournament progresses and I don’t think this team will last very long. But if you ask me who would win between the two I’d say Frieza simple. 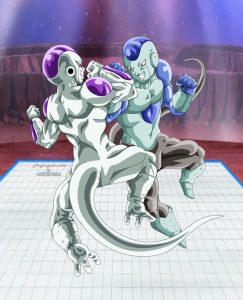 3. Frieza won’t use his full power till the middle or end of the Tournament of Power

Now the reason for this is because Frieza has done nothing in the Tournament of Power so far. The only thing he has managed to do is simply toy around with some of the characters and torturing the characters when needed. Due to this some fighter manage to jump out of the ring instead and having to body other completely with little to no effort at all. Thus far there hasn’t been anyone to approach Frieza and challenging him forcing him to use his true powers and I do think that Frieza altough powerful enough is definitely going to be saving his Golden form transformation for later on. 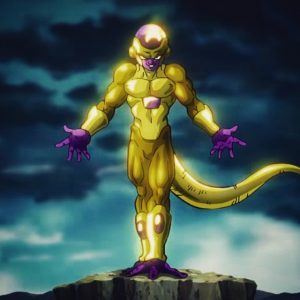 There is no need for Frieza to as of this very point to use up all of his power because as of now there hasn’t been any other fighter like Jiren or Hit or Topo or any other fighter of that magnitude to approach Frieza into allowing him to force that power out of him in revealing his Golden Form. But at some given point towards the middle or end of the Tournament of Power is when I believe Frieza is truly going to turn up the heat and bring the firepower to anyone who apposes him.

As I do confidently true Golden Frieza is what was needed in Ressurection F to have taken down Super Saiyan Blue. As I do personally feel that true Golden Frieza is going to exceed expectations and when it does come down to Frieza revealing his true power it’s gonna come as a surprise. I say this because many people believe Frieza isn’t worthy enough to be in the Tournament of Power but I do think that ones Frieza unleashes his full power and demonstrates to the entire multiverse as to who he is and why he is here is when heads are gonna begin to turn and people are gonna start showing him some respect in the character that he is. 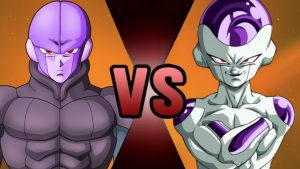 As of right now we don’t know as to which character is going to force Frieza to transform into his Golden Form but when that time comes I do believe its going to be a very defining moment for Universe 7 in revealing Frieza’s true nature. As of right now however there is no reason for anybody in the Tournament of Power to really take things serious because there are certain fighters in this tournament that aren’t worthy of having you transform further to just put strain on your body.

4. Frieza will battle against Hit and Toppo

Now this prediction yes I do believe Frieza will battle against either Toppo or Hit or probably both. Now this scenario is a dream match for many and number one having to recognize Toppo and insinuate what evil is. Also pointing out the evildoers and having to conquer them that’s Toppo’s nature in representing truth and justice and honesty and having to vanquish all forms of evil. Thus Frieza ironically enough just happens to be the epitome of evil and having two clash would not only be a clash of personalities but also a clash of great power because as strong as Golden Frieza you have to give credit where credit is due in acknowleding Toppo’s powers as well and seeing how well Toppo was able to fare up against Goku’s Super Saiyan Blue during the Zen Exhibition match. 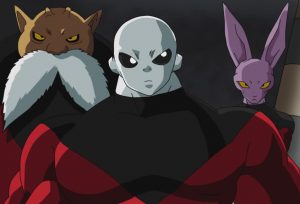 One can only assume that Toppo versus Frieza would be a very defining battle for this tournament and having one of the candidates to be a God of Destruction battle against the evil emperor of Universe number 7. But you also have to look at Frieza’s nature, having Frieza battle against the legendary assasian Hit would also be a very groundbreaking battle as well in seeing, if Frieza also possesses the necessary capabilities of handling himself against Hit. 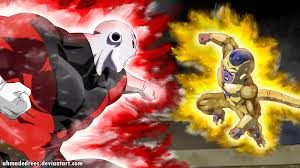 Despite what some people may say Hit is clearly nerfed in the Tournament for he cannot execute his assassination skills to the way he wants in order to put someone down because if this was a killing match of course Hit would dominate for the most part but what if this situation arose to where killing is allowed and he encountered Golden Frieza someone who thrives on killing and destruction that would make for a very interesting battle. But for a tournament like setting the question lingers does Frieza possess the necessary capabilities and having to ring out someone who’s as powerful and adaptable as someone like Hit. Given Hit’s previous track records and fighting against Super Saiyan Blue Kaio Ken Goku it and alongside Dispo in a very recent battle. 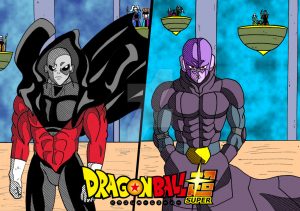 I do also feel before we have our climatic battle between Goku and Jiren, there has to be a secondary involvement involving several different characters and I do feel that at some given point towards the middle or end of this tournament we are in definitely going to witness Golden Frieza either battle against Hit or Toppo or if not both at some given point before we get to see the big climatic battle between Goku and Jiren. 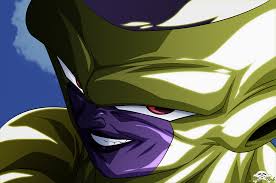 Yes I know everyone feels this might happen, I do as well but theres a catch to this. As we all know Frieza’s attitude and hatred for Beerus, his hatred for Goku and everyone else on his team. I do feel he is in this battle for himself and with that, why would you be on the same team with the very people that you cannot stand the sight of such as Goku, Tien Piccolo, Gohan, Vegeta, and several others and having to represent them, when you can represent yourself.Which is why I do believe Frieza is in this fight for himself as he made that painfully clear before. I do think Frieza will strike when Goku and the others least expect it esepcially if one of them lowers their guard. In which leads to the conclusion of Frieza even being part of this tournament to begin with. Will Frieza get eliminated by someone else, or one of his team members such as Goku or Vegeta will eliminate him, or will he get erased by the gods for trying to rebel against them in trying to define them in wanting to even dethrone Zeno, or does a cowardly move such as attacking the Gods of Destruction? I still think him betraying his team will be awesome not only because of his nature but to see how the other Gods and/or Zeno react. Let me know what you guys think I hope you enjoyed my predictions and I will see you all next time:) 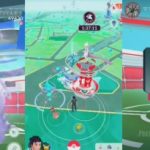