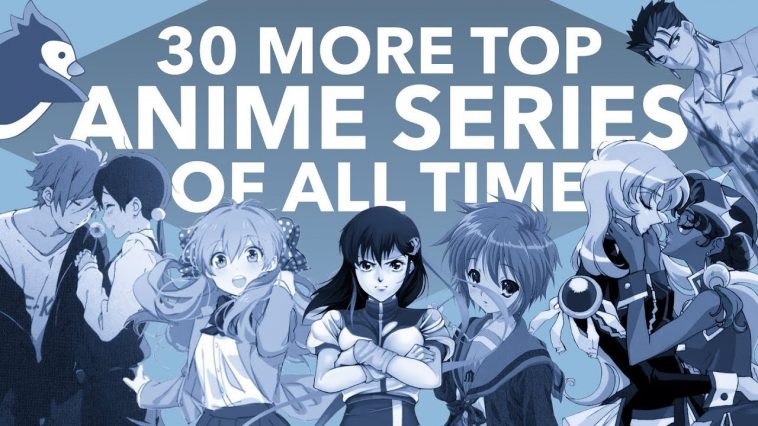 You heard anime that clicked your mind to re-see your fantastic childhood. The term anime originated from the English word “animation”, which means any kind of animation work, not related to any particular form of origin and style. Animation in Japan started in the early 20th century, the earliest Japanese animation is Katsudo Shashin by an unknown creator. In 1917, the first professional and public designs began to be displayed. Animators like Shimokawa, Seitaro Kitayama, and Junichi Kouchi who are often considered as fathers of anime, produced a great number of animated films. The oldest surviving of such films is Namakura Gatana by Kouchi. By the middle of 1930 animation was well accepted in Japan. The first talkie anime was Chikara to Onna no Yo no Naka (1933), a short film produced by Kenzo Masaoka. The first feature-length anime film was Momotaro: Sacred Sailors (1945), produced by Mitsuyo Seo and was sponsored by Imperial Japanese Navy.

We have assimilated a list of names for your benefit. It’s really hard to come up with a list of the best anime of all time.

Just to think that one of the greatest series in the history of movies and web events had been produced in the year 1996 sent a chill down the spine. Nothing can be better than to describe this popular high graphic story other than the word “Breathtaking!”.

Pokémon is the best anime series ever created for children. The game became so popular that even games were developed on the plot of the story.

Naruto is the best anime series ever created and such are the fans over the world that even someone who has not watched the series has heard its name. Naruto is complex and thought invoking in many dimensions.

If you are looking for one of the longest-running anime series in the history of cartoons, you can look at the DragonBall series. It started in the year 1986 and continued till 2015. Thus, Goku became the beloved member of many households simultaneously. It is one of the most popular completed anime series.

Detective Conan is one of the timeless anime series which has attracted viewers from different time zones and ages. it is not a completed anime series and continues even today. This timeless classic began in the year 1996.

Best Anime To Start With

If you are one of the fans of Doctor Who, Steins Gate will appeal to you as an anime series. It excludes the concept of time to the future and I’d often considered it to be the best anime to start with.

If you have not started watching anime series yet, Death Note will be the best anime to start with. It is one of our personal favorites as it has considered the concept of life and death, morality, and ethical values in a very realistic light. Spoiler alert! Shinigami will attract you!

The anime series which manages to invoke a serious feeling of emotion among the audience is the Gurren Lagann. It began in 2007 and is set in a dystopian world.

The Fullmetal Alchemist is one of the most complicated animal stories which tells the tale of two brothers. Science and fantasy are mixed well in the series as it invokes the love of its audience.

One of the first anime series which started to combine the concept of “Shinigami” is bleach. Although this series is great for binge-watching, it has several flaws that do not make it a perfect battle series.

Hunter x hunter begins like a normal cliche plot where a father abandons his son and the son starts the quest of his life to find him back. However, as time rolls, the plot becomes twisted and complex. It constitutes a great watch.

Basketball is usually considered to be an American sport whereas anime are of Japanese origin. However, Slam Dunk managed to combine both and present a great platter of anime series to watch.

Darker than black is one of the anime series which is not perfect for a first-time viewer. It is specially reserved for those who are fans of anime series. The story is very complex with several elements of the real society present within it.

Inuyasha is one of those series that have several flaws but are still a feast to the eyes. The plot arcs of this story make several animal lovers adore it. Kagome, the protagonist is a demon for spoilers.

Cowboy Bebop is one of the stories which combine your love for Western cowboy movies and Japanese anime series at the same time. The narrative track is set up in the year 2071 about bounty hunters.

Lupin III was not an immediate hit among anime lovers. However, presented an accurate and realistic approach to the crime world which was not observed in the anime series in the past.

Poetry and anime come side by side in the Clannad series. Clannad series must be watched with a box of tissue paper near as it is going to lead to several tearful moments.

Sword art online was developed in 2012 as a dystopian series. The story was set in 2022 when several video game players were trapped in the game with many monsters.

Ghost fighter is a spooky tale which talks about a young boy who becomes a connector with the spirits. It is a baffling story.

Attack on Titan is a dystopian anime series that describes a situation when only a few human beings are left on earth. It has a nail-biting climax. Human beings have to escape from the Titans who eat their flesh.

Psycho pass is one of the favorites of every detective and thriller lover. The story moves at a very slow pace to build up the suspense of the viewers.

Fairy Tail is one of the uncommon anime series to be watched. It has many magical elements in its concept. True anime lovers will find this series fascinating. The fairy tail element of this series appeals to many anime fans.

My hero academia is set in a school that has superheroes. It is about a boy who does not have superheroes but enrolls in a hero academy. The story is a bit childish but it shows the real essence of being a hero.

As it can be guessed by the name, Card Captor is about magical cards that are spread all over the world by an unknowing teenager. It creates havoc by releasing several creatures who are not meant to tread the world.

A young girl looks out for answers about her father’s murder in Kill La Kill. Her search leads her to a high school academy that has mysterious staff. Kill La Kill is very nail-biting as an anime series.

Just as Death Note, Code Geass is one of our favorite stories. It has a very complex plot that is neither dragged nor quickened. The pace of the series is very measured and it can help the viewers to make their own decisions while watching it.

Anohana, The Flower is about six friends who had drifted apart due to the death of another friend. After many years they have the opportunity to come close again to solve another mystery. It is a beautiful movie based on the concepts of love, friendship, and thrill!

Neon Genesis is one of the stories which can be called true anime. It is the perfect permutation of sci-fi, comedy, relationships, and thrill. Make sure to watch it on your own time.

Given the history and culture of anime series, it is one of the best creations which explores the domains of human beings and other creatures according to Japanese mythology. Anime is one of the best platforms which have been able to mix the complex themes of real-life incidents and fantastic ideas at the same time. Anime series like Dragon Ball and Fairy Tail has always been a favorite of the kids. 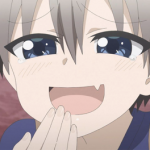 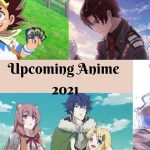