Anime gaming has expanded over the past couple of years thanks to the multiple platforms that developers have to work on. Thanks to this, the announcement of two other brand new Naruto games are being created other than Naruto to Boruto Shinobi Striker! So if Shinobi Striker isn’t your cup of ramen, then you can take a sip somewhere else on mobile devices! Today I am going to be discussing the brand new scans by V – Jump magazine showcasing Naruto to Boruto : Ultimate Ninja Voltage (Borutage), and Naruto Blazing! 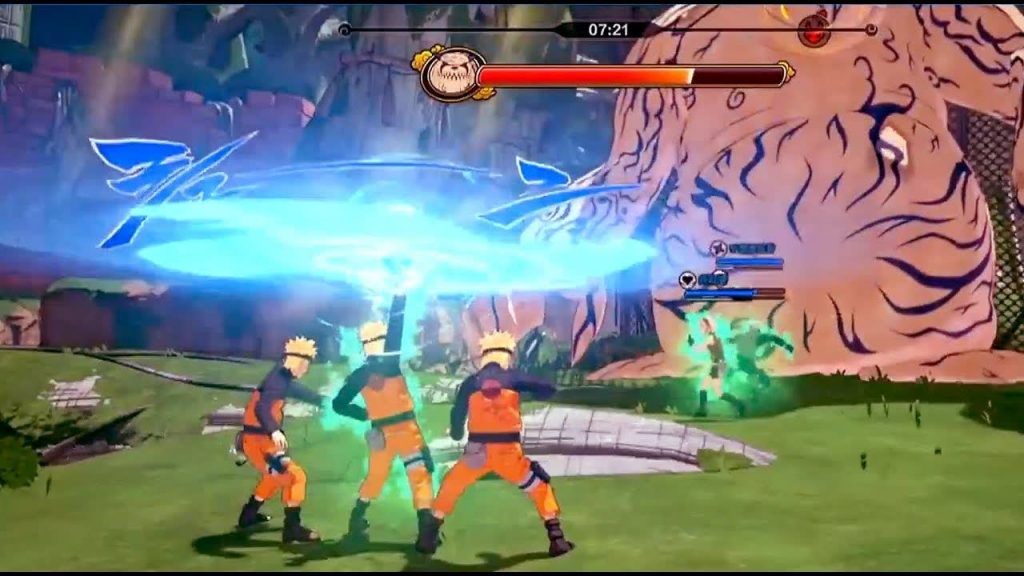 To begin with, both of these game are going to be available for IOS and Android devices on their individual app stores for download. Both game offer something unique, so lets discuss each one separately. We will begin with Naruto to Boruto : Ultimate Ninja Voltage, nicknamed Borutage!

In the brand new Voltage scan provided by V Jump Magazine, we can confirm that there will be more traps set on the map as well as specifics for two traps. This traps are the Bear Trap (that grabs and traps your opponent or you), and the Snake Fire Trap that shoots fire at a 360 degree radius. It also seems that Kurama will be an opponent or boss battle type of character as he tries to destroy your fortress. 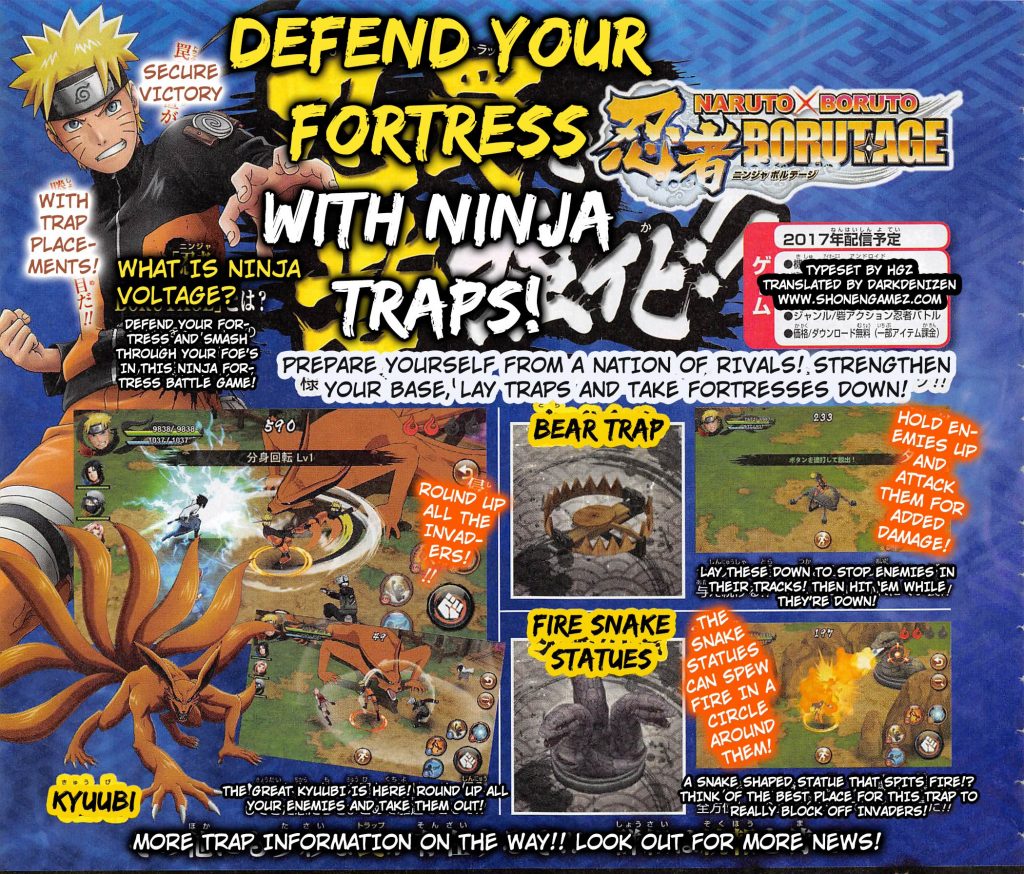 The scan for Naruto Blazing reveals very little, and gives more information regarding the Naruto Ninja World Arena mode that was revealed for Blazing’s 1 year anniversary. For Blazing 2.0, fans are expected to receive more than ever. You can check out the scan below to see for yourself. 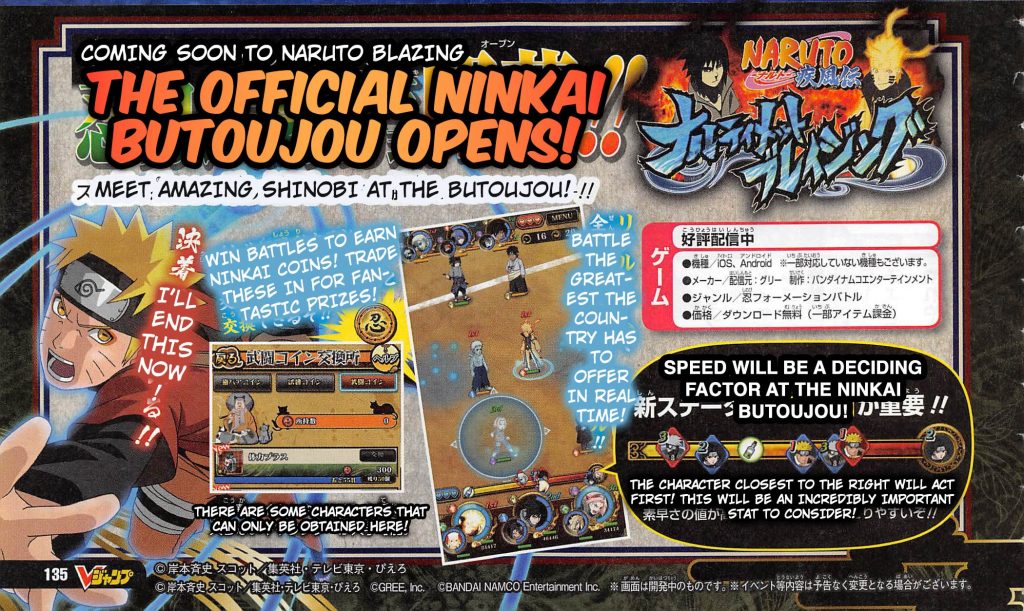 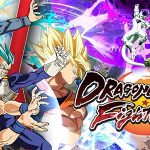 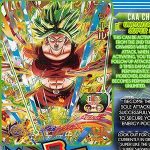