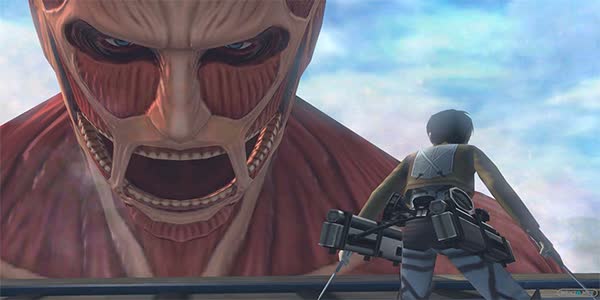 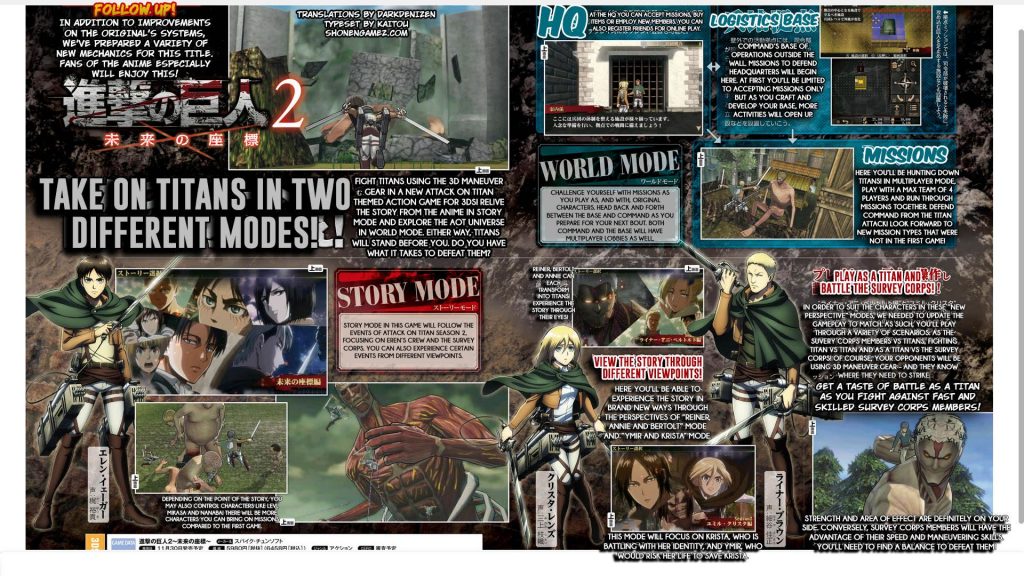 The scan also shows story mode. The story mode for this game will follow the events that took place during the Attack On Titan Season 2 anime. The twist is that you can experience the events that took place from multiple perspectives and not just Eren’s! It turns out you will be able to choose from characters such as Levi, Mikasa, Nanaba, and more as you can play from their perspective. There is also going to be another option to play separate story modes through the perspective of Reiner, Annie, Bertolt, Ymir, and Krista! Such as examples are labeled as ” Survey Corps vs. Titans, Titans vs Survey Corps, and Titans vs Titans.”

Just like in the first Attack On Titan game, World Mode returns as a game mode that allows you to create your own custom character and do missions and defend your headquarters. Building your headquarters allows players for more opportunities and activates to arise. Not to mention Online play will be making a return to this game as well where you can even play with your friends online.

More From: Attack On Titan 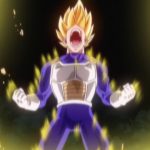 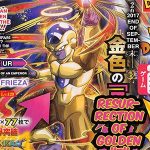