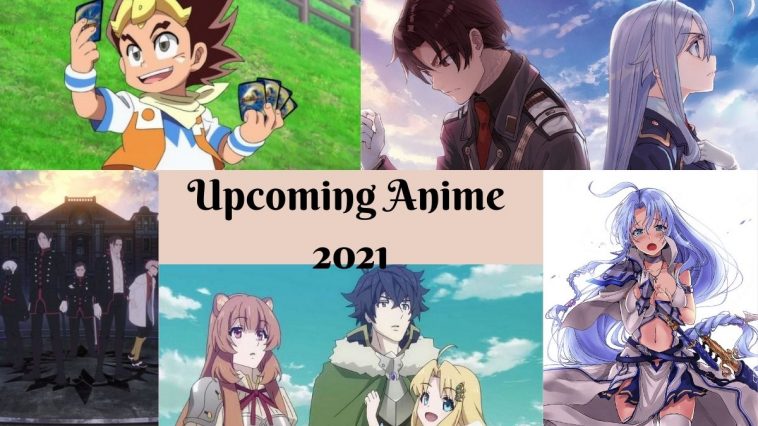 ­­Recently it is not only the technological advancement that has taken the world by storm. The one trend that none of us expected to take over the world is anime series. There are 7 billion people in the world and out of those 3 to 4 billion people are 1–21 years old. 60% of 1–21 year-olds watch anime, which means approximately 2 to 3 billion people watch anime. We have not even factored the adults in yet! So, almost three-fourths of the world’s population have watched an anime or are currently watching one at this moment. Before we go on to talking about the current fan favorites in anime, let us look at what an anime usually is.

A Quick Glimpse Into The World Of ‘Anime’

Anime comes from Japan and is hand-drawn and computer animation. Anime, a term derived from the English word animation, defines in Japanese all animated works, irrespective of style or origin. Anime refers primarily to animation produced in Japan, outside of Japan, or to its traditional form, which has since been adopted by a minority of works produced in other nations. The first Japanese commercial animation dates back to 1917. With the works of the cartoonist Osamu Tezuka, a distinctive art style originated in the 1960s and spread over the following decades, generating a wide domestic audience.

Anime is transmitted theatrically, directly to the home media, and over the Internet, via television broadcasts. Anime is mostly adaptations of Japanese comics (manga), light novels, or video games in addition to original works. It is categorized into many genres that target different large and niche audiences. Over 430 production companies, including major studios such as Studio Ghibli, Sunrise, and Toei Animation, make up the anime industry.

With this, we now know what anime is so let us look at some most awaited releases this year in the world of anime.

Cells at Work! back in 2018, was a delightful surprise as it displayed an innovative dramatization of what is going on in the human body. It was fun and incredibly precise, full of personifications of human cells doing their everyday job of running the body and defending it from diseases.

For Cells at Work!, there will not just be a Season 2 in 2021 but there will also be a spin-off anime, ‘Cells at Work! CODE BLACK’. The anime series will see a new cast of cells living in a body that makes poor choices in terms of wellbeing.

At this moment, the book may be closed down on Fairy Tail, but the fans are still searching for anything to fill the gap. Thankfully, Hiro Mashima seems to have been working lately on this other series that could just be the solution for the lack of ‘Fairy Tail.’ That antidote is the upcoming anime of Edens Zero.

Edens Zero takes from Fairy Tail all of the fun and adventurous energy and gives it a sci-fi twist. Although it may look a little similar to its predecessor (even Happy is in it too), it will be worth revisiting the vast and creative world that Mashima has cooked up.

Although this isn’t Godzilla’s only attempt in anime form, this one may have a better chance to be successful after the mixed reaction from the Godzilla Earth movie trilogy. As they take on the challenge of rampaging Kaiju, the anime stars two teenage geniuses.

Godzilla Singular Point opts for a 2D animation style with 3D animation, rather than its predecessor’s complete 3D animation. The ‘King of the Monsters’ will not be the only character that features in the movie again, but some other familiar faces such as Rodan, Anguirus, and Jet Jaguar are also expected. It seems like there is going to be plenty of Kaiju action in the immediate future.

Horror fans should also celebrate this year, as one of the most famous works of terror master Junji Ito, Uzumaki, is finally getting an anime. The story revolves around Kirie and her boyfriend Shuichi, as they come across several supernatural occurrences, all involving spirals plaguing their small town.

After all this time, this twisted tale of making an anime of its own feels well earned. Although the anime will only have four episodes, it is still expected to be similar to the plot of the original manga and will have this dark and brooding black and white look that is quite symbolic of the original manga.

Shaman King’s story and actual ending have been unsung for years since the actual anime strayed away from the manga’s plot. It seems that Shaman King is now getting a chance not only to pick up where it left off but also to relive the story of Yoh and company, after getting the chance to give the series the correct ending in the manga.

The new Shaman King seems to be following the direction of other anime reboots including Fruits Basket, keeping closer to the source material while still offering the series some new and flashier animation. Like never before, this Shonen Jump star has the ability to take the center stage.

Dr. Stone was certainly one of the greatest winners back during the anime summer season of 2019 in a world that started over, with nothing but the power of science. Naturally, the anime earned itself a sequel after such a good first season, Dr. Stone: Stone Wars, which is scheduled to premiere in 2021.

It is up to the resilience of Senku and his comrades to drive the attacking forces back, with Tsukasa’s army getting ever closer to their doorstep. This new season, as well as renewing the themes of “knowledge is power” versus “survival of the fittest” that rages between Senku and Tsukasa, is expected to have more impressive science feats.

It’s no wonder that My Hero Academia is becoming one of the most successful anime in modern history, blending superheroes’ heroics with the high-intensity action of shonen action. My Hero Academia has managed to keep going and getting stronger with each new season since its first season, just like Class 1-A themselves.

As Deku and his classmates work to be the next generation of great leaders, one can expect more great character-building moments, and they will certainly be needed as it appears that the League of Villains is looking to make their move in this post-All Might setting. Fans are eager to watch as their favorite heroes-to-be go beyond that once again, either way. Ultra Plus!

With this, we have listed seven of the most interesting animes that are due to release this year. There are so many options in an industry that is only moving forward. Let us all see how they perform! 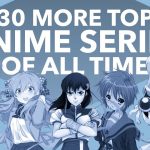 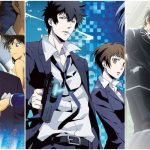