Dragon Ball Fighter Z is definitely the game to get aside from Dragon Ball Xenoverse 2. With Dragon Ball Xenoverse 2 setting the fast pace in terms of sales and player activity, it is clearly the favorite Dragon Ball game on next gen consoles. Why you may ask? Well there are multiple reason such as its vast character customization, fast faced battle mechanics, as well as its included character roster that adapts characters from the recent anime and manga of Dragon Ball Super (and it is the ONLY game that has official been released to do so).

The Roster is what gives the player the ability to choose from multiple different characters and therefore have different fighting patterns when it comes to strategy. Which is why today I am going to be discussing the Dragon Ball Fighter Z Roster size minimum revealed!

To begin with, all of the following information below has been confirmed up until this day for Dragon Ball Fighter Z. And of course, we won’t know the full character roster until the game is released officially to retailers and online stores for digital download. As for the Dragon Ball Fighter Z character roster, the minimum amount of characters we are getting has been confirmed to be a total of 16.

Fighter Z will also include multiple versions of characters that technically don’t count as “new” or “different” characters, however in the game they are regarded as a different character. To keep you informed, the following characters that have been confirmed for the game already are: 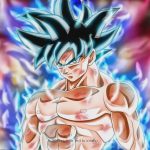 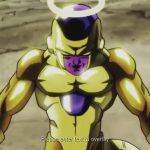